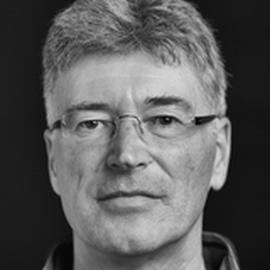 Frank de Boer studied philosophy in Groningen. In his studies he already emphasized mathematical logic and computer science. After graduating, de Boer started working as a researcher and PhD student at Centrum Wiskunde & Informatica (CWI), as part of the European Union’s information technology program ESPRIT. De Boer received his PhD in computer science in 1991 with the thesis ‘Reasoning about dynamically evolving process structures - A proof theory of the parallel object-oriented language (POOL)’.

After his PhD, de Boer worked as a researcher and lecturer at Eindhoven University of Technology, the Free University and Utrecht University. Since 2002 he is a senior researcher at CWI and since 2003 Professor of Software Correctness at the Leiden Institute of Advanced Computer Science (LIACS).