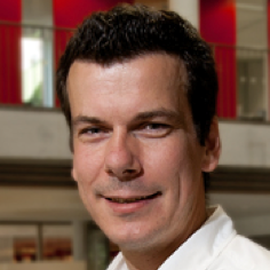 I joined CWI as a senior researcher in 2009 and have been the group leader of the Networks and Optimization Group (N&O) from 2016 to 2021. Since October 2021 I am a scientific member of the Management Team of CWI. Since February 2021, I am professor by special appointment of Algorithms, Optimization and Game Theory at the Institute for Logic, Language and Computation of the Faculty of Science of the University of Amsterdam (UvA). The chair was established on behalf of the Beta Plus Foundation. From 2010-2020, I was professor by special appointment of Algorithmic Game Theory at the Department of Econometrics and Operations Research of the School of Business and Economics of the Vrije Universiteit Amsterdam.

Before coming to CWI, I pursued my PhD studies at the Max-Planck-Institute for Informatics in Saarbrücken, Germany, and obtained my PhD in 2004. After that, I was a postdocoral researcher at the Sapienza University of Rome (2004-2005) and a junior professor at the Institute for Mathematics of the Technical University Berlin (2005-2008). I received my Habilitation from the Institute of Mathematics at the TU Berlin in 2009.

My core expertise is in the areas of combinatorial optimization and algorithmic game theory. A large part of my research is concerned with the development of efficient algorithms for optimization problems. Another part is about studying the impact of strategic behavior in large distributed systems.